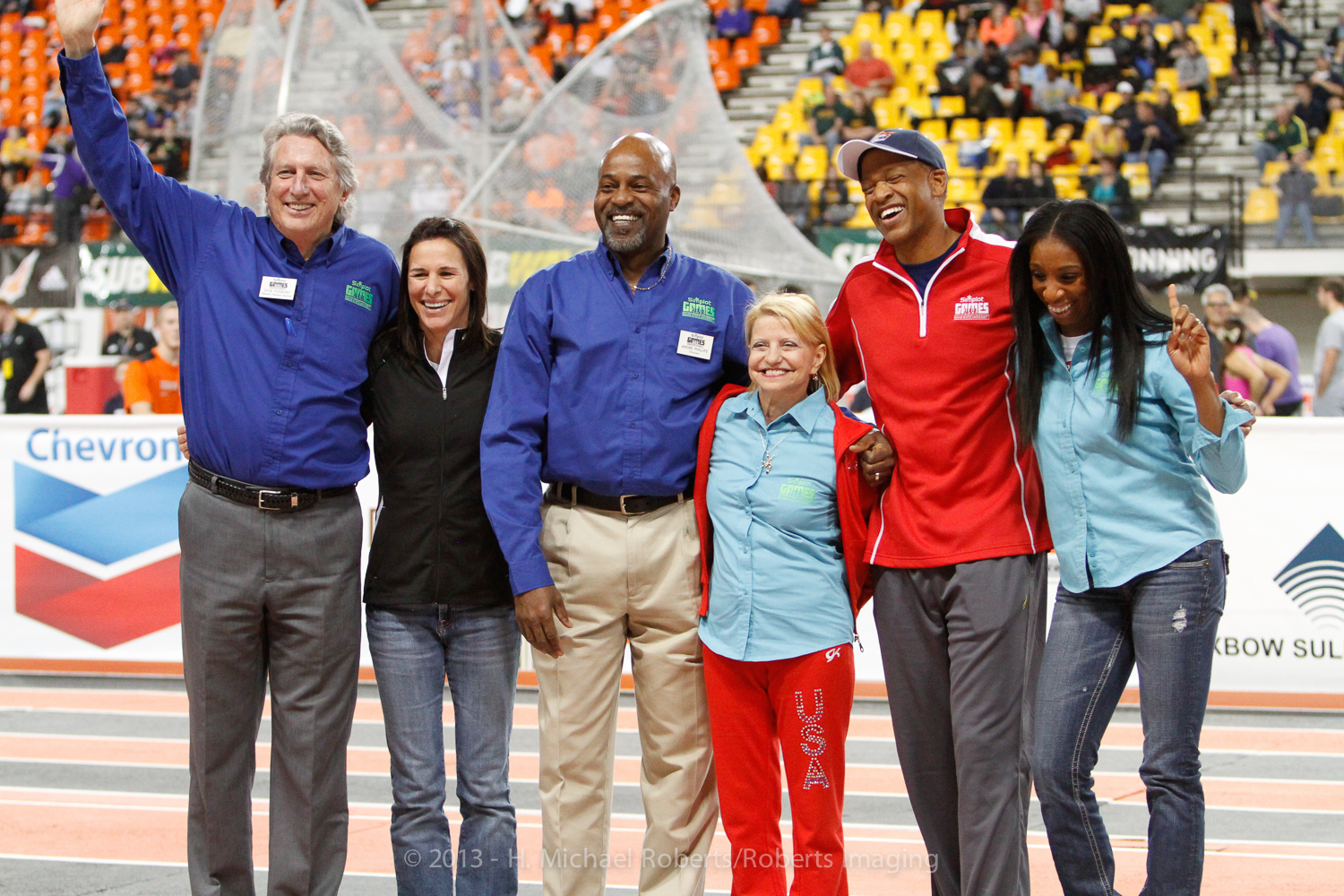 As part of Simplot Game’s After Dark Party, Demus, a silver medalist in the 2012 400-meter hurdles, spoke on a variety of topics including what she eats during competition, how she deals with other competitors, how to deal with nervousness, her role models, and the importance of academics.

One topic she repeatedly emphasized was to never give up. When asked if she would give up, her answer was an unequivocal no. “That’s something that I never do. I’ll lose a thousand times to get that one win,” she said.

Victoria Coombe, a sophomore hurdler from Centennial Track Club in Aurora, Colo., said she chose to attend the workshop because she thought Demus, as a hurdler, could give her some inspiration.

Coombe said she’s inspired by how Demus handles competition: “She’s serious about what she does–how she maintains focus is good insight on what to do.”

Not all who attended the After Dark Party attended the workshop presented by Demus, as there were two other workshops to choose from. Simplot Games Medical Director Dr. Jared Price, D.O., gave a presentation titled, “When Duct Tape and Bailing Twine Don’t Work: Heal faster, stronger, better.” A third option was a Deal or No Deal activity where athletes had the chance to win prizes.

Following the workshops was the After Dark Dance complete with bounce-house gladiator and bounce-house basketball toys, as well as a mechanical bull.

The 35th annual Simplot Games concludes tomorrow. The parade of athletes and Olympians is at 11:25 a.m., followed by the final events starting at 12:15. Admission is free.

2,000 athletes will come from across the U.S. and Canada to participate in the 35thannual Simplot Games. Simplot Games remains the nation’s premier high school indoor track and field event. Sponsored by the J.R. Simplot Company since 1979, the Simplot Games are held at Idaho State University’s Holt Arena in Pocatello, Idaho.