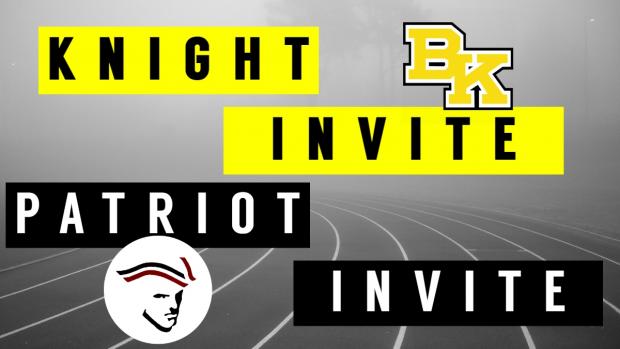 Boys 110HH: The Madison Duo of Cameron Porter and Deven Benitez come in as the top seeds, with identical 14.58's, tied for #4 in Idaho.

Girls 300LH: Six athletes entered here with Capital's Maggie Shirazi listed as the top seed with her 47.34, with Madison's Whitney Wasden to her outside at 47.77. Shirazi currently ranks #2 in Idaho with Wasden #7.

Girls Discus: Capital's Gracie Strickland comes in with a personal best of 116-02 in a dual meet with Rocky. She will headline the final flight of eight throwers, five of which have surpassed the 100-foot barrier.

Boys Discus: Idaho state leader Brandon Stewart (Eagle), coming off his breakthrough performance at last week's Boise Relays, is the clear class of the field here with his throw of 170-09. Idaho's top two throwers will do battle here, with Cameron Morales (Caldwell) also slated to compete. Morales comes in with a personal best of 158-11.

Girls Shot Put: Gracie Strickland (Capital) and Hope Hughes (Centennial) are the only throwers who have gone over 40-foot and currently rank #2 and #3 in the state.

Boys High Jump: The best two high jumpers in the gem state will go head-to-head, with Kayson Smith (Madison) and Steve Drysdale (Idaho Falls) slated to compete Friday. Smith comes in with a best of 6-06 while Drysdale has cleared 6-05.

Girls 400m: Lewiston's Emily Collins is the clear favorite with her 57.96 run back on March 24th, which was the last time she contested the event.

Boys Triple/High Jump (Friday): The Knights have a 1-2 punch in Cole Miller and Patrick Monahan leading the way with their marks of 46-03 and 44-08. They are currently ranked #2 and #5 in the gem state. These two are also the top seeds in the boy's high jump (Friday) with clearances of 6-04 and 6-02.

Girls Pole Vault (Friday): Co-State Leader, Tatum Richards of Emmett, is set to compete here and her 12-00 clearance has her two feet above the next closest competitor.

Boys Discus (Saturday): Lewiston's Thor Kessinger (great throwers name) leads the third and final flights of 12 competitors with his personal best of 155-08. He is currently ranked #5 in Idaho.

Girls Long Jump (Saturday): Nampa's Danika Hartman comes into the competition as the favorite with her jump of 17-04 back on April 1. She is the only athlete in the field to surpass the 17-foot mark.

*The Knight Invite is a Friday qualifier for several events to compete in one heat the next day. The field events are also staggered between Friday and Saturday, as are some final running events. This preview is based on the initial program as is subjected to scratches.