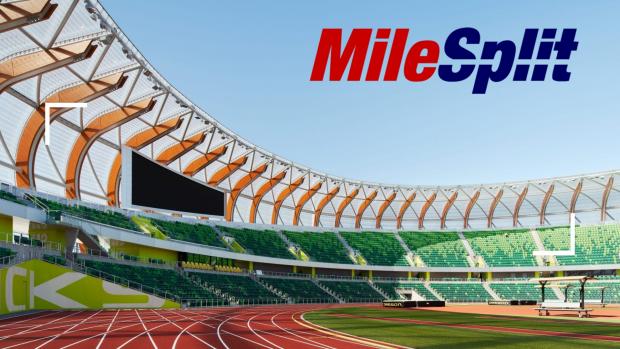 EUGENE, OR. - Several athletes from the Gem state were entered and accepted into the 2022 NSAF which took place this past weekend in Eugene, Oregon at the new Hayward Field. The meet spanned over the course of Thursday through Sunday and featured some of the best athletes in the country all on one stage. Recent Emmett graduate Landon Helms, the future Texas A&M superstar took home the NSAF National title in the winning the decathlon with a total of 7,051 points, ahead of Connor Munson (NJ.), who scored 6,741 points in a field of 23 athletes. After the completion of day one, Helms sat in 6th place with his two premier events slated for day 2 in the 110HH and the pole vault. Those two events proved to vault him to the top of the leaderboard by the end of day two to take home top honors. He would also go on the place second in the championship pole vault competition with his clearance of 16-08.00. Helms will compete one final time this weekend at the 2022 USATF U20 Outdoor Championships which will be held in Eugene, Oregon as well.

Bishop Kelly's Patrick Monahan was the "Emerging Elite" boys triple jump champion after his lifetime best jump of 46-02.00, his first time ever in 46-foot territory. With the exception of his 44-08 at Arcadia, Monahan had been hovering at or around the 43-foot area most of the season until he popped a 45-05.50 at the district meet and now this 46-02 mark. The same could be said for his breakout high jump at the district meet when he cleared 6-06.25 with his previous best before that being 6-02.00. What this shows the casual track fan is that this rising senior performs his best when the lights are brightest, and the stage is its biggest. Bishop Kelly's boys emerging elite 4x800 also impressed. The quartet of Austin Clough, Liam Duncan, Tyler Stoker and Kevin Corrigan teamed up to place second overall in a time of 7:55.90.

Pocatello-Highland's Jacob Van Orden ran a new lifetime best in the 800m, winning his heat in impressive fashion. Van Orden spent the better part of 650 meters near the back of the pack, letting the race string out and avoiding any issues or traffic. With 200m to go, you could see a shift in gears and coming off the final turn, it was clear it was Van Orden's race to win, and he did so in a time of 1:52.56. Overall, Van Orden would finish 9th in a field of 31 in the Garmin Championship 800m.

Pocatello's Matejah Mangum ran a personal best in her emerging elite girls 200m prelim, crossing the line in 24.71. She also dipped under 25-seconds in the final, where she placed 7th in a time of 24.91. Prior to this past weekend, she had a best of 25.00w at last year's state championships.

Blackfoot's Matt Thomas had an impressive weekend, lowering his personal best in the two-mile to 9:03.65 (which converts to 9:00.50 for 3200m), a time that is the fastest in the state this year ahead of Grady Mylander (Nampa Christian), 9:03.81. Thomas lowered his previous best time by more than 10-seconds. Thomas circled back the next day and lowered his personal best in the one mile by running 4:15.67 (converts to 4:14.19 for 1600m). His previous best in the one mile was set back in April at the Arcadia Invitational, 4:17.10.