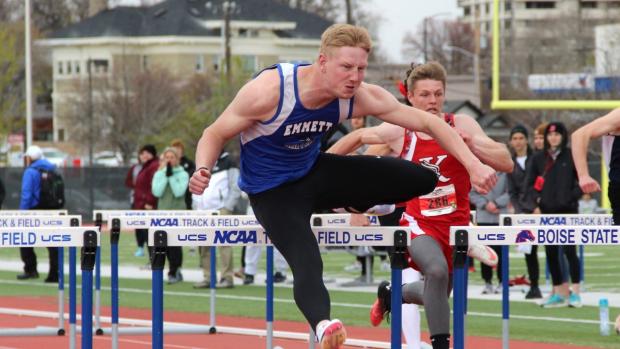 Congratulations to Landon Helms who just added Idaho Boys Track & Field Gatorade Player of the Year to his already impressive resume. Helms is the second Gatorade Idaho Boys Track & Field Player of the Year to be chosen from Emmett High School. The award, which recognizes not only outstanding athletic excellence, but also high standards of academic achievement and exemplary character demonstrated on and off the field, distinguishes Helms as Idaho's best high school boys track & field athlete.

Helms recently added the titles of NSAF National Champion and USATF U20 National Champion in the decathlon on back-to-back weekends in Eugene, Oregon. At NSAF, Helms eclipsed the 7K point barrier with a total of 7,051 points. At the 4A Idaho state championships, he closed out his Emmett career with four state titles, including a state record in the 110HH (13.67wp, 13.69f). Helms won the 300IH (38.15), pole vault (15-00.00), and set a new personal best with his winning long jump of 23.01.00.