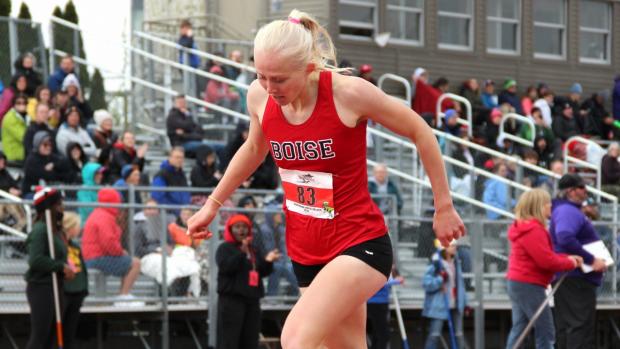 Logan Smith of Boise High School is the 2021-22 Gatorade Idaho Girls Track & Field Player of the Year. Smith is the fourth Gatorade Idaho Girls Track & Field Player of the Year to be chosen from Boise High School. The 5-foot-7 senior set a state record in the 800-meter run at the Class 5A state meet this past season, leading the Braves to the team title. Smith's 800 time of 2:09.07 shattered the state record by two seconds and, at the time of her selection ranked No. 43 nationally among prep girls' competitors in 2022. Smith, whose sister Sammy won the state's Gatorade Girls Track & Field Player of the Year last year, is a three-time All-State soccer player for the Braves. At the state track meet this spring, she also ran the anchor leg on Boise's winning 4x400 (3:57.10) and 4x800 (9:18.92) relay teams, and she took second in the 200 (25.24).

A national champion Nordic skier, Smith, along with her siblings, founded (and remains a board member of) the non-profit GO BIG INC., which provides resources and opportunities for underprivileged youths. She serves as an intern for Voice in Sports, an organization that empowers female athletes through advocacy and mentorship, and she has volunteered locally as part of multiple community service initiatives through her school's National Honor Society. "From day one, Logan put herself in a prime position to have success at the highest level," said Aaron Olswanger, head coach of Boise High School. "That is due to her work ethic in the offseason and setting goals that were extremely high. Saying Logan had an amazing senior track season would be an understatement."