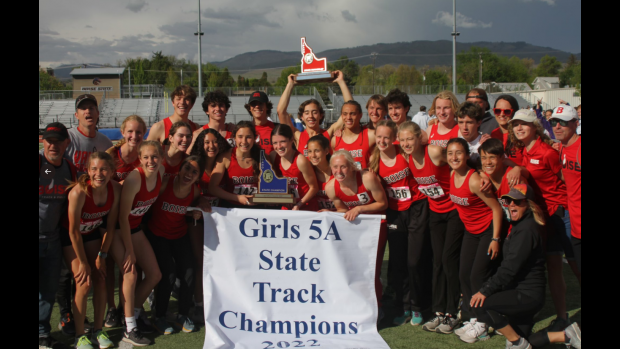 Now in the eighth year of the award selection, the USTFCCCA recognizes one boys and one girls high school track and field coach from each state, including the District of Columbia, for a total of 102 honorees.

A committee determines the state-by-state award winners based on a variety of factors, including overall team performance and other specific metrics such as team score at state championship meets, championship margins of victory, individual championship wins and performances in relation to rankings and team history.

State winners are eligible for the National High School Track & Field Coaches of The Year awards given to the top boys and girls track and field coaches, both chosen by a USTFCCCA expert panel and set for release next month.

Olswanger led the Lady Brave to a 5A state championship this past season, while Hill led the Sugar-Salem boys to a 3A state title. For Olswanger, this was his first ever girls track and field state title, while Hill has guided the boys to seven 3A state titles, including two three-peats (2013-2015, 2017-2019). It should also be noted, Hill has guided the Sugar-Salem girls to five, 3A state championships as well.

Scroll below to see a list of all the USTFCCCA High School Boys and Girls Track & Field Coaches of the Year award winners by state.