Congratulations to junior Samantha Smith of Boise High School for being selected to the U.S. Under-17 Women's Youth National Team. Smith was one of 21 athletes selected to represent the United States at the 2022 FIFA Under-17 Women's World Cup in India from Oct. 11-30. Smith, a forward for the Brave of Boise, already has an extensive athletic resume, with accolades such as Gatorade State Cross Country Athlete of the Year (20-21). A true multi-sport athlete, Smith is also an avid cross-country skier who competed in the Junior World Championships in Norway. 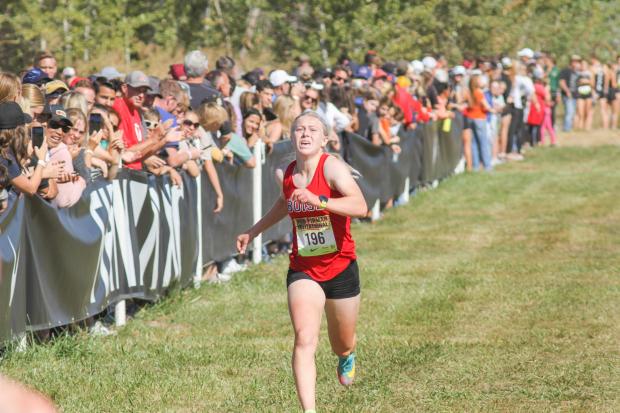 Thus far, Smith has helped lead the Lady Brave soccer team to a 9-1-0 conference record and 11-1-0 overall. On the cross-country course, Smith posted her fastest time of the young season by placing fourth in a time of 18:00 at the Bob Firman Invitational's Elite 5K this past weekend, where she was the #1 scorer for the Brave. While the loss of Smith hurts, the Brave have plenty of depth in Lydia Nance, Allie Bruce, Zoe Sims, and will now count on the likes of Kayla Wiechowski, Audrey Orme, and three-sport standout Sophia Clark to step up and round out their top five in no specific order.

Boise head track and cross-country coach, Aaron Olswanger, understands that this is a special opportunity for Smith.
"The timing isn't ideal obviously, but we are so excited for Sammy and this opportunity. I hope she remembers this for the rest of her life. I'm sure she'll have amazing stories and experiences over the next few weeks."
According to the official press release, the USA kicks off Group A on Tuesday, Oct. 11 against host India (10:30 a.m. ET on FS2) in Bhubaneswar. The match will be played in a stadium that will likely be filled to capacity (19,000). Team USA continues the group on Oct. 14 vs. Brazil (7 a.m. ET on FS2) and wraps up first-round play against Morocco on Oct. 17 (10:30 a.m. ET on FS2). All of the matches of the tournament will be broadcast on either Fox Soccer Plus or FS2. If in fact Team U.S.A makes it to the medal round, those games will be contested on Sunday, October 30, one day after the Idaho State Cross Country Championships.